The MultiTest 2.5-i is very reliable and we have had no problems since we purchased it. Because it’s failure-free, accurate and has intuitive operation (very user-friendly software) it’s superior to the older control system from another supplier. It’s also worth to mention the after-sales support from ITA, Mecmesin’s Polish Distributor, is quick and efficient.

BMZ is one the largest European suppliers involved in the design and manufacture of specialist custom made battery systems for mobile power applications.

As part of their production process, BMZ Poland in Gliwice needed to test the integrity of the welding on electrical connections fixed to each end of one of their rechargeable cells. Each connection is welded in two places, and BMZ needed to know that both welds have been made correctly. The tests needed to be made on the shop floor close to the production area.

ITA, Mecmesin’s distributor in Poland, supplied a MultiTest 2.5-i computer controlled test stand fitted with a 1000 N loadcell, a standard 5 kN Wedge Grip, and a custom made Insulated Grip to hold BMZ’s rechargeable cells. The MultiTest 2.5-i stand is supplied with Mecmesin’s powerful force testing Emperor™ software which is used to create the test program and collect and present the results. An important point for BMZ was the requirement to see a graph of the results to check on the behaviour of the welds. Emperor™ can show a real-time graph of the test as it proceeds and reports can be written with, if required, colour coded ‘Pass’ or ‘Fail’ statements making interpreting the results extremely simple.

BMZ needed to know that the cell connections had been correctly welded in two places, so after clamping the cell body in the customised Insulated Grip, the cell connection is secured in the jaws of the 5 kN Wedge Grip. An Emperor™ program was written to include on-screen messages prompting the operator to load the sample correctly, run the test, and prepare for the next sample.

Emperor™ software controls the stand, moving the crosshead slowly at first to find a ‘Touch-on’ point as a reference so that each sample will be measured from the same starting position. After zeroing the graph, the crosshead is the moved upwards at a speed of 1000 mm per minute, subjecting the cell connection to a tensile force, breaking first one weld then the second. Emperor™ software calculates the peak force detected for both welds, and can save the results and create printable reports. 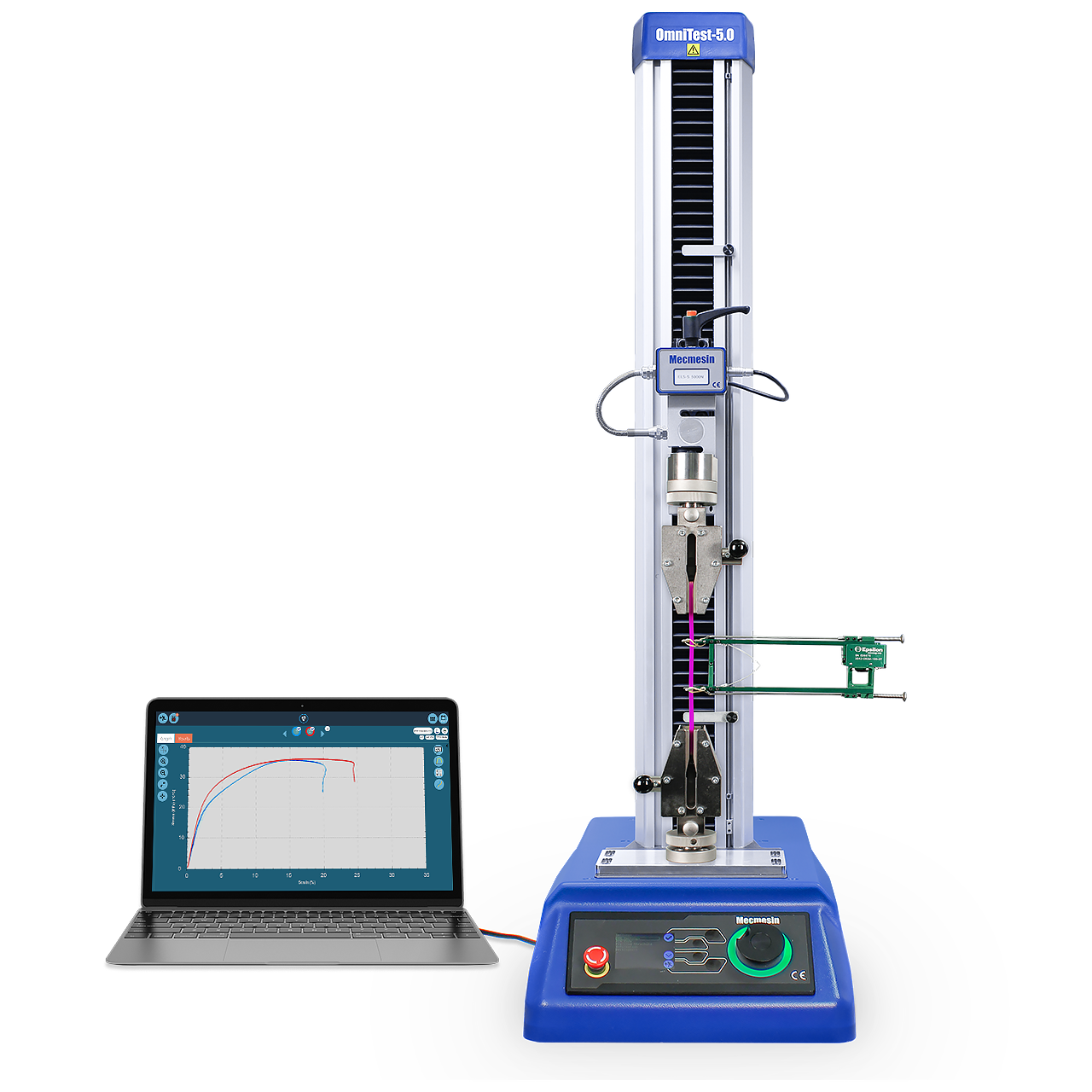 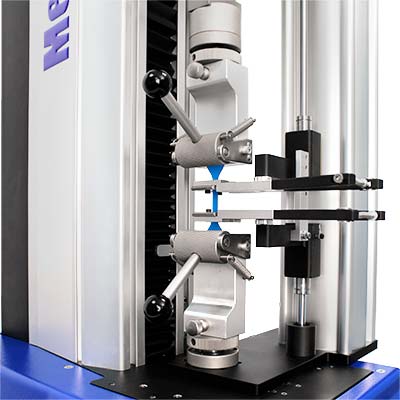 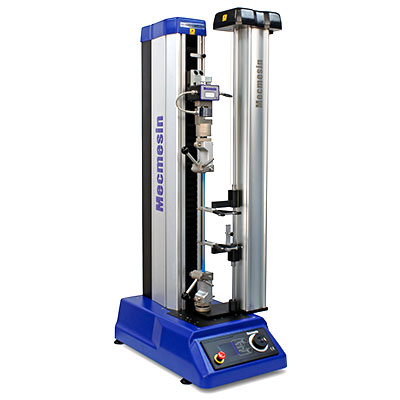 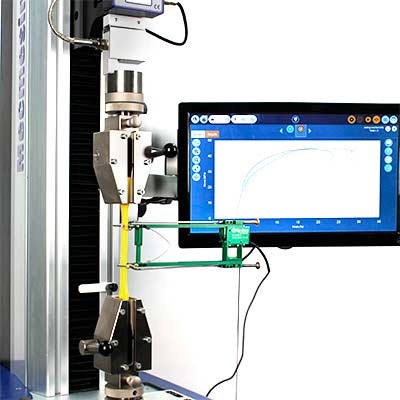 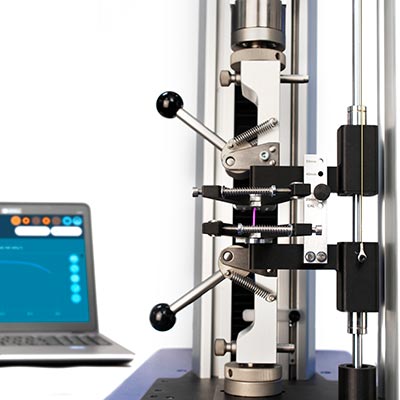